Origins of the Chipping Campden Arts and Crafts Movement 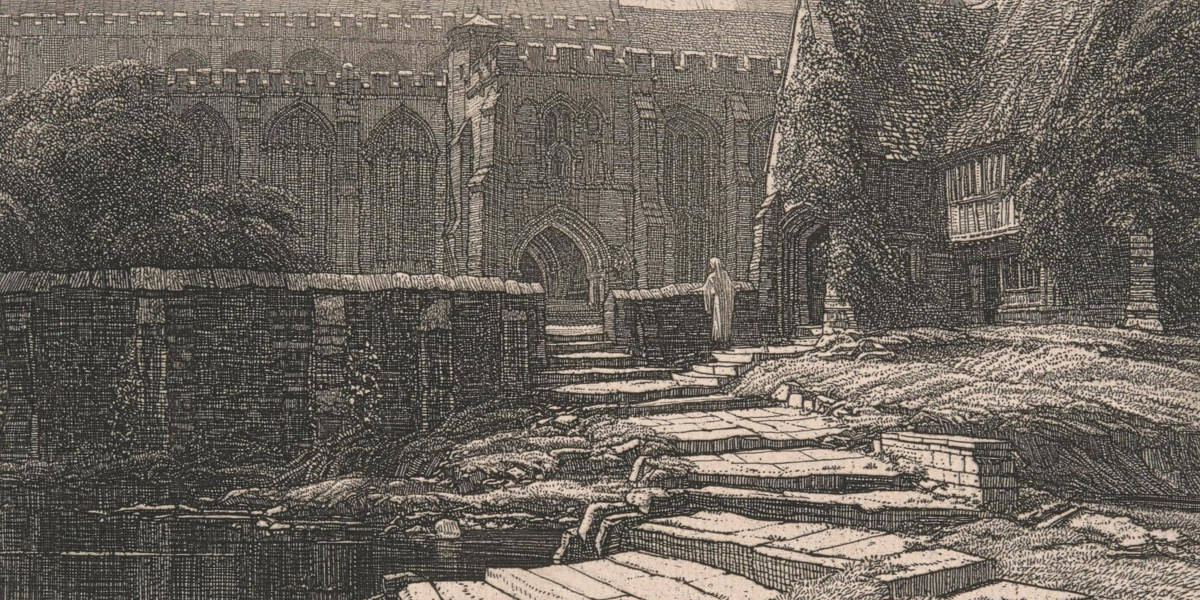 Some may think of the Chipping Campden Arts & Crafts movement as being a thing of the early part of the 20th century and centred around Robert Ashby and the Guild of Craftsmen that he introduced to Chipping Campden in 1902.

However, the Chipping Campden arts and crafts history can boast many artefacts that Charles Robert Ashbee’s (C. R. Ashbee) Arts & Crafts movement would be very proud to have produced. They may not have been created here in Chipping Campden, but with so many of England’s rich and famous living and building in the town over the centuries, it is likely that they engaged or brought in specialist craftsmen to support their projects.

How it All Began 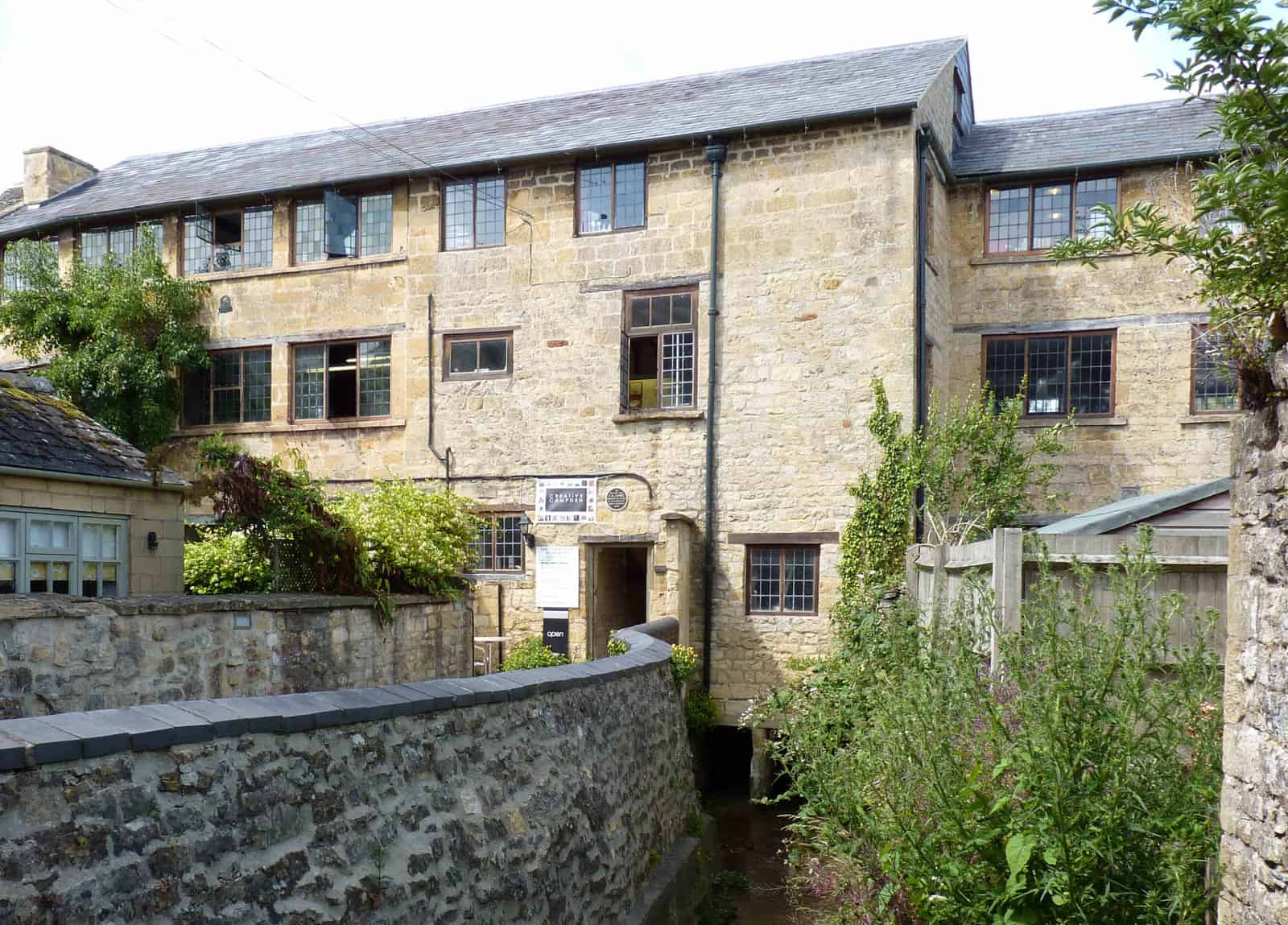 The craftspeople of William Morris’ era settled in rural villages throughout the Cotswolds and Gloucestershire.

These include the tremendous stone masons’ work that you can see in St James’ Church, St Baptiste Hicks’ adjacent Old Campden House, The Almshouses and the Jacobean Market Hall amongst many others, etc. Within them, there would also have been plenty of scope for carpenters and cabinet makers.

Another neighbouring craftsman in nearby Broadway, Gordon Russel created a workshop and showrooms. The Lygon Arms is in fact the formerly-stately house dating right back to 1620.  This manor house was repaired in 1926 by Norman Jewson after it had almost disappeared from the site and was in need of repair.

The Wool Industry around Campden was at its height from the late 13th to the early 15th centuries after which the export of wool declined as the weaving of high-quality cloth in England rose. Sadly, the Cotswolds and Campden especially, could not support a large-scale cloth industry due to the lack of an adequate water supply. It also became increasingly profitable to supply meat as well as wool and by Victorian days, the main interest was in the meat.

When silk spinning began to increase in popularity in the mid18th Century, we find records of Silk spinning in the Silk Mill in Sheep Street and Campden was again known for the quality of its produce. However, the silk industry collapsed in Britain during the 1860s following a trade agreement with France which reduced import duties on French Silk.

Around this time the agricultural depression also had an increasing effect and farm workers were moving to the bigger towns to work in factories there. So Campden remained stagnant and half empty until the early 20th century when the arrival of C R Ashbee and his Guild of Handicraft heralded the creation of work and employment for 100 or so families who moved with him from East London. This brought prosperity back to the Town once again.

READ MORE
Why Visit the Cotswolds?

Chipping Campden Arts and Crafts in the 20th Century

The twentieth century saw the town rise to fame once more as the Centre for the Cotswold Arts and Crafts Movement. In 1902 Robert Ashbee moved to the town from the east end of London, bringing with him several members of his Guild and School of Handicraft. They specialized in metalworking and producing jewellery and enamels, hand-wrought copper, wrought ironwork and furniture.

Unable to make it pay, the Guild was dissolved in 1907, but several of the craftsmen stayed on and continued their work. As an architect, Ashbee was willing to do complete house design, including interior furniture and decoration, as well as items such as fireplaces. He renovated many houses in Chipping Campden and elsewhere throughout the country and Europe.

A number of artists and writers remained in the area, including F. L. Griggs, an etcher who built Dover’s Court, one of the last significant Arts and Crafts houses and renovated/conserved many important buildings in and around the High Street.

Art or innovation of a completely different kind can be seen in an old agricultural mill adjacent to the railway station which was developed as an outstation of Bristol University in 1919. In the 1920’s it discovered the Campden tablet – a process by which sodium thiosulphate was used to preserve fruit and vegetables and remains in use today and is especially useful for the home brewer. Today it is known as Campden B.R.I. and is Chipping Campden’s biggest employer providing core scientific, monitoring and training services to the worldwide food industry.

There are two famous and historic gardens nearby: the Arts and Crafts Hidcote Manor Garden, owned and managed by the National Trust, and the nearby Kiftsgate Court Garden which is in private ownership and open to the public.

The Arts and Crafts Movement in Chipping Campden Today

There is no better place to start and see something that is really very special about the Arts & Crafts Movement as it originated and how it has survived until today, than by visiting The Guild of Handicraft in Sheep Street and finding the time warp workshop of Harts Gold and Silversmiths on the first floor.

Silversmith George Hart moved to Chipping Campden as part of C R Ashbee’s Guild of Craftsmen in 1902. Originally from Hitchin, Hertfordshire and with a deep-seated love of the countryside, he had the opportunity to diversify into farming in 1908 and ran both a farm and the Workshop until the mid-1920s.

READ MORE
Preparing For Your Stay

Throughout a lifetime of silversmithing, he made numerous pieces in gold and silver, but also spent many hours producing drawings and designs, which are works of art in their own right. During the years 1924-26, George and the Workshop made two very important pieces, the first being a Processional Cross for Gloucester Cathedral which was later used in H.M. Queen Elizabeth’s coronation in 1952 and at the time thought to be the largest processional cross in the country and the second was a design for the Royal Ascot Hunt Cup.

The second piece entered a competition run by the Worshipful Company of Goldsmiths to design a cup for the Royal Ascot Hunt Cup and George won First prize for his design which the Company commissioned to be made for their collection. The finished cup has since been regarded as one of his finest pieces and the beginning of a long relationship with the Worshipful Company of which he later became a Liveryman.

These two pieces were fundamental in raising the Workshop’s profile and gave George an international reputation. It was from this point that the Workshop began to flourish.

In 1930 he was joined by his son Henry who he trained in the art and as part of a family tradition, Henry, in turn, trained his son David who went on to bring his son Julian into the business as can be seen in the original workshop today.

On the ground floor, you will The Gallery at the Guild which up a permanent cooperative of local artists and craftspeople that uses the exhibition room as a gallery to sell and promote their work. Its first recruit was renowned local artist, David W. Birch, and the cooperative’s first exhibition was a one-man show by him.

The gallery at the guild is now a cooperative of 28 artists, ceramicists, designers, furniture makers, glass makers, metal workers, photographers, sculptors, stone carvers, textile artists and wood carvers. The cooperative promotes its members’ work and provides the public with an opportunity to meet them, each of whom takes a turn stewarding the cooperative’s various exhibitions.

Just down the road on the corner of Sheep Street, you will find Robert Welch Design with their shop and showroom with close links to The Guild. Their distinguished cutlery and tableware can be found in many exotic locations and hotels, etc.

You will find plenty to admire and even add a touch of elegance in a classic contemporary style to your dining table. The Robert Welch collections are cutlery, tableware, their Drift collection of polished stainless steel barware & tea sets, and hand-blown crystal and are widely recognised as some of the finest in the world.

As well as proving material to eat and drink from, they also produce special knives, utensils, cookware and accessories that will make it much easier for you to prepare and serve any special dish.

On top of this, their Timeless British designs for your home include candlesticks, tableware collections and bathroom fittings and accessories and provide personal jewellery for all occasions.

On the High Street and just past the Market Hall and Frankie Doodle you will find artisan hat maker Louise Pocock Millinery in Dragon House. She has developed her passion and creative flair for millinery following an extensive career in retail fashion, work-wear design and her arts & crafts background.

Along the High Street, you will also find a number of Art Galleries where artists are displaying a wide range of styles and their current works.

To get a tremendous overview of the Chipping Campden Arts and Crafts Movement in Chipping Campden over the years, you must not miss Court Barn Museum and museum shop on Church Street between St James Church and the Sir Baptiste Hicks Almshouses.

It celebrates the skill and imagination of artists and designers, architects and craftspeople who have worked in and also built much of what you can see in Chipping Campden and the surrounding villages of the north Cotswolds.

The permanent display celebrates nine lives or workshops that were established in the north Cotswolds. It starts with C.R. Ashbee and then continues with former members of Ashbee’s Guild who remained working in Chipping Campden following the dissolution of the Guild of Handicraft in 1908:

Come and stay in Chipping Campden, immersing yourself in historic buildings, shops and the Guild of Handicrafts and reliving the Chipping Campden Arts and Crafts movement and the town’s rich craft tradition.