Things to Do in Chipping Campden 2023 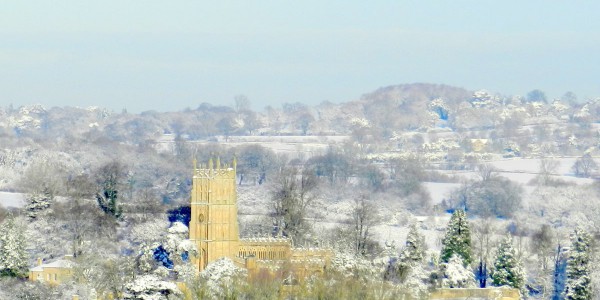 There are always things to do in Chipping Campden in 2023 even in the early part of the year.  Despite being winter, Chipping Campden can be quite beautiful and with the cold weather forecast there are set to be some quite spectacular frosts and even snowfall predicted once more.

For those looking to get out and about, there are plenty of activities to enjoy. The Cotswold Way is a great place for a winter walk, with stunning views of the countryside and plenty of wildlife to spot. It starts right here in Chipping Campden.  There is also the Ernest Wilson memorial garden and in the town centre the beautiful Market Hall.  There are also plenty of Chipping Campden pubs and country inns with restaurants serving up delicious local produce.

For those looking for something a bit more cultural, there are plenty of museums and galleries to explore. The Court Barn Museum is a great place to learn about the history of Chipping Campden and its surrounding area.

There’s also the Chipping Campden Literary Festival, which takes place every year in April and of course the famous Robert Dover’s Games in June followed shortly after by the Scuttlebrook Wake.

Finally, don’t forget to check out the local markets and shops for some unique gifts and souvenirs. Chipping Campden is known for its traditional crafts and handmade items, so you’re sure to find something special.

No matter what you choose to do in Chipping Campden in 2023, you’re sure to have a great time in this beautiful town.

Here’s what you can look forward to in early 2023:

If you love flowers, their courses are something very special to look forward to in 2023 along the High Street. They are offering 15% off all their 2023 courses in The Cotswolds taking place between January and May 2023.

Click below to browse our 2023 programme which includes our very popular Three Day Taster and Four Day Intensive courses, along with their brand new Two Day Advanced Event Floristry Course.

READ MORE
Chipping Campden Walks to Enjoy During Your Stay

Seating for this concert will be as it is with the Festival – i.e. Four price bands and all seats reserved.

As most of you know, we had to cancel the ‘marathon event’ in 2020 when all 32 sonatas were going to be performed in one day by 32 students from the Royal Birmingham Conservatoire, but we want to retrospectively mark the Beethoven 250 anniversary by presenting what is arguably the greatest set of piano sonatas ever written.

Outstanding pianist, Ronan O’Hora, is head of the keyboard and head of advanced studies at the Guildhall School of Music and Drama. During lockdown, he re-looked at all the sonatas in-depth and has offered to perform them all for us. It involves 8 recitals in total

All concerts are in St James Church and the dates and times are as follows:

Named after Elgar’s daughter, is a 16-voice vocal ensemble directed by George Parris. Described as possessing a “beauty of tone” and “musicality” that “few can match” (Gramophone Magazine), they have quickly developed a reputation for being one of this country’s finest chamber choirs. Since its founding in 2011, the ensemble has performed at many festivals and venues throughout the British Isles and in Germany in addition to making recordings for Naxos and the BBC Music Magazine

She is one of the leading British harpists of her generation and in 2016 became the first British player to reach the final of the prestigious USA International Harp Competition in Bloomington, Indiana. Since then she has performed with many of this country’s leading orchestras and has given concerts at such places as Vienna’s Musikverein and the Royal Albert Hall. Elizabeth has also been featured playing on BBC radio and live television broadcasts.

Eleanor is a graduate of the Royal Academy of Music where she studied in Undergraduate and Preparatory Opera courses. She is also a graduate of the Handel House Talent Scheme 2018/19. She sings in opera including at Longborough giving recitals mainly in London at venues such as The Queen’s Gallery, Buckingham Palace and Cadogan Hall.

La Serenissima is the UK’s leading exponent of the music of eighteenth-century Venice. Recognised for its outstanding recording catalogue which is regularly featured on BBC Radio 3 & Classic FM as well as advertising & film (Portrait of a Lady on Fire, 2020), La Serenissima has won two Gramophone Awards (2010 & 2017) and has topped the UK Classical Chart. Based in Bourton-on-the-Hill, La Serenissima is proud to have as its Honorary Patron His Excellency the Italian Ambassador to the UK.

READ MORE
Book for a Summer of Lifetime Memories

Overlooked by the stunning natural beauty of Cleeve Hill, the magnificent Cheltenham Racecourse is home to 28 fantastic first-class races over the 4 days of the festival in March and an absolute must for those that love the fantastic atmosphere and challenge of horses racing over the hurdles and jumps.

From the Unibet Champion Hurdle and the Betway Queen Mother Champion Chase on Tuesday right through to the blue riband of steeple chasing the Cheltenham Gold Cup Steeple Chase with its £625K first prize on Friday, there is quality racing for everyone throughout the Festival.

Use the link below to find out about the races on individual days:

The link below may give you a few ideas about how to make the very best of your day(s) at Cheltenham – timing, directions & parking, enclosures, the festival dress code, grandstands, food & drink and even shopping, etc.

To avoid the traffic queues and enhance your day, why not try one of GWSR’s special trains from Toddington to the Racecourse Station when they team up with Classic Hospitality Limited to provide a top-class train service to and from the Festival.

It gives you and your guests a unique opportunity to avoid the race traffic by starting your journey at Toddington railway station and taking the magnificent ATR Express steam train directly to the back of the main Grandstand at Cheltenham Racecourse. Experience an arrival which is rather like taking a helicopter into the Silverstone Grand Prix.

Instead of getting stuck in the traffic, you’ll start and end your day in style as you are hauled in luxury vintage carriages by a fine thoroughbred steam locomotive.

Relax and indulge in the nostalgic and tranquil setting of Toddington, where you can enjoy live music courtesy of our very own Irish band performing on the platform (Festival only). Step back in time and relish first-class travel as you enjoy a stress-free 35-minute journey through the beautiful countryside of the Cotswolds, Malvern’s and Vale of Evesham pulled by a magnificent steam train locomotive.

Allocated seating is provided and full cash bar service is also available throughout the outbound and return journey where tea, coffee, beers, wines, soft drinks and Champagne are available to purchase. You may even start the day with a special breakfast.

Use the link below to find out more about a truly amazing experience.

A mother and daughter struggle to survive on an island full of strange sounds and wondrous sights. Then one day, their long-lost enemies sail into view on the horizon.

Concerned that Julius Caesar poses a threat to democracy, revolutionaries take the violent decision to murder him. As the world spins out of control, chaos and superstition lead to civil war.

Shakespeare’s political thriller exposes the ambiguous morality in trying to shift power. As we rage against the crises surrounding us, how far will each of us go for our political principles?

It is directed by Atri Banerjee who was listed in The Stage 25 as one to watch in 2022 and previously won Best Director at The Stage Debut Awards in 2019. This is the first show he has directed for the RSC.

No matter what the time of year, Chipping Campden’s High Street and its historic architecture is always beautiful and well worth the walk.

To get more out of your day and visit, go to the Chipping Campden Information Centre at The Old Police Station and put their Guided Walk onto your iPhone or tablet before setting out on a much more informed walk around Chipping Campden.  You may find yourself buying information leaflets but also visiting the many wonderful independent shops too.

If it is a bit damp, you can get find cover for an hour or so in St James Church where you will get a real insight into much of Chipping Campden’s history. Similarly, a visit to the nearby Court Barn Museum will fill you in on the Arts & Crafts Movement in Chipping Campden and then you will really be taken back in history by going to Harts Silversmiths workshop in The Guild in Sheep Street.  Right nearby the museum is also Old Campden House which has many a story including links to

For those with more energy to spare, you can enjoy Chipping Campden walks and take a circular walk to Dovers Hill and even further afield.